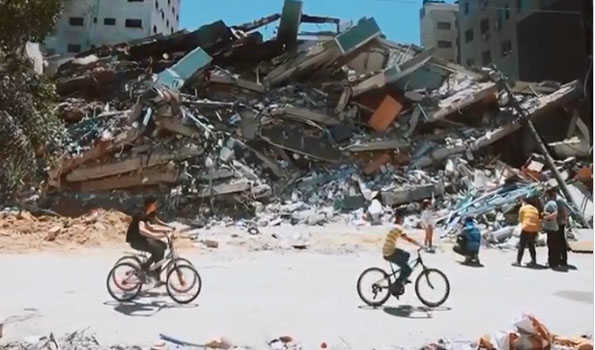 Gaza City, May 21 (UNI) The number of Palestinians killed by Israeli airstrikes on the Gaza Strip has increased to 243 people, dozens of them are women and children, Gaza’s health authorities said on Friday.

“Since the escalation started, the overall number of Palestinians dead from Israeli airstrikes on the Gaza Strip has reached 243, including 66 children and 39 women. Another 1,910 people were injured,” the statement said.

According to local sources, bodies of nine Palestinians were extracted on Friday from a tunnel in the enclave’s south hit by an Israeli airstrike.

Clashes in East Jerusalem in early May led to the worst violence between Israel and Palestinians in the Gaza Strip in recent years.

Palestinian militants have launched several thousand rockets toward Israel. In response, Israel has fired retaliatory strikes against Gaza. In Israel, 12 people were killed and over 50 were seriously wounded during the conflict flare-up.

On Thursday evening, Israel and the Hamas Islamist movement agreed to an Egypt-brokered ceasefire.

Panchang of the day !!