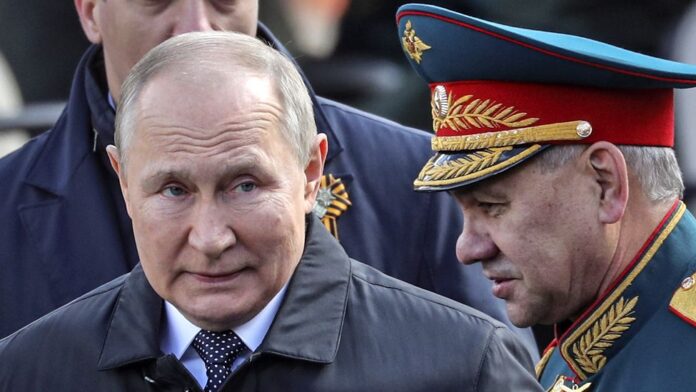 London, UK Defence Secretary Ben Wallace on Monday said that Russia is “mirroring the fascism and tyranny of 70 years ago” through the invasion of Ukraine. As Russia held its parade on the Victory Day, Wallace accused the Russian generals of hijacking their “forebears’ proud history”. Speaking at the National Army Museum, he said, “Putin, his inner circle and generals are now mirroring the fascism and tyranny of 70 years ago, repeating the errors of last century’s totalitarian regimes. “So let’s call out the absurdity of Russian generals – resplendent in their manicured parade uniforms and weighed down by their many medals – for being utterly complicit in Putin’s hijacking of their forebears’ proud history of defending against a ruthless invasion; of repelling fascism; of sacrificing themselves for a higher purpose. “Instead now, they are the ones inflicting needless suffering in the service of lowly gangsterism.” BBC quoted the Defence Secretary as saying that Russian army’s actions “dishonour” the country’s World War II fighters and asking Russian generals to face courts martial over their actions during Russia’s “illegal invasion”. Referring to attacks on civilians and instance of sexual violence, he said that the soldiers “should be appalled” at Russian army’s behaviour. He also slammed Russian President Vladimir Putin of “ripping up both Russia’s past and its future”. In a tweet, Wallace said, “Russia’s General Staff are failing and they know it. The UK ministry said the UK stands with Ukraine and supports their courageous defence. “The British Government – the whole United Kingdom – stands in solidarity with Ukraine, supporting their courageous defence of sovereignty, territorial integrity and simple right to a peace and prosperous future,” the ministry said in another tweet. “President Putin seeks to bring the past to the present and revive the horrors and darkness of war,” the UK said

No place for ‘mafia’ in UP: CM

COVID vaccination of 51 lakh to be done in Delhi initially:...

Over 50 pc of Israeli citizens received both shots of Coronavirus...