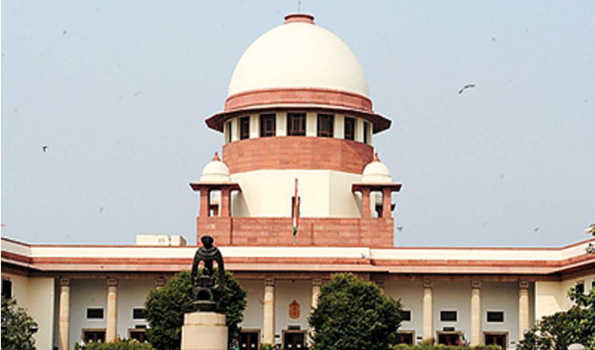 New Delhi, Jan 11 (UNI) The Supreme Court on Monday pulled up the Centre over the handling of farmers’ agitation and asked the government, if it would suspend implementation of the three farm laws or the court should step in.

A three-judge bench, headed by Chief Justice Sharad Arvind Bobde and also comprising Justices AS Bopanna and V Ramasubramaniam, while hearing petitions challenging the constitutional validity of the three farm laws, expressed concern over the Centre’s handling the protests and proposed to form a committee.

The apex court indicated that it would stay the three farm laws, if the government was not willing to keep these in abeyance, till it reached consensus with the protesting farmers.

The proposal to stay the laws was opposed by Attorney General K K Venugopal, who appeared on behalf of the Centre.

‘The Court cannot stay a legislation unless the court finds that (1) law is passed without legislative competence (2) law violates fundamental rights (3) law violates other provisions of the Constitution”, the Attorney General submitted.

The CJI clarified that the Court was neither encouraging, not preventing the laws.

The bench expressed disapproval of the manner, in which the government brought the laws without proper consultation, saying that not a single petition in the court was in favour of the laws.

‘We don’t know whether you are part of the solution or part of the problem,’ the bench added.

‘We are extremely disappointed with the way Centre is dealing with this. What consultative process has been followed for farm bills that entire states are up in rebellion,’ the Chief Justice asked. The Bench asked the Centre, if the contentious legislation can be put on hold for some time.

Book on stepwells presented to Venkaiah