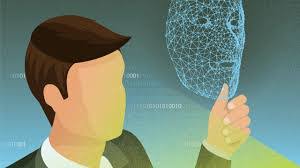 Kolkata, Oct 1 (UNI) The city police has arrested a fraudster, accused of cheating a British man of nearly Rs 1 crore and many others, and recovered nearly Rs 7 crore in cash from his Behala home in south Kolkata.
Based on a bank’s specific complaint at Kolkata Police headquarters Lalbazar in August, the detectives of the cyber crime branch swung into action.
The private bank had complained that its customer, a resident of England, had been cheated of Rs 70 lakh as some unknown people fraudulently withdrew the money from his account.
The allegation was probed and the sleuths traced out one – Gaurav Sathwani- a resident of Jyotish Roy Road in Behala.
Police then raided his house on Wednesday and seized cash Rs 6 crore 95 lakh in cash.
Police suspect that the conman had cheated dozens of people, including the man, who lives in Britain.