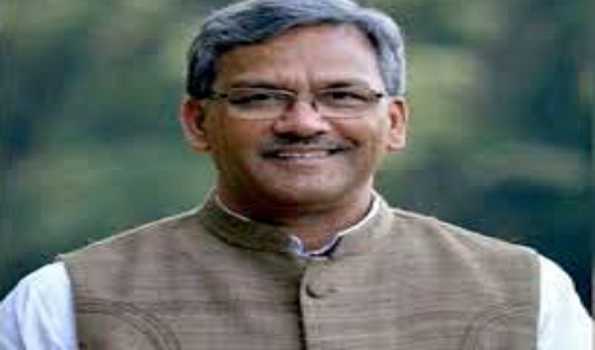 ‘We stay the Uttarakhand High Court order and issue notice to the respondents in the case,’ the bench of the apex court, headed by Justice Ashok Bhushan, observed.

Attorney General K K Venugopal, senior lawyer appearing for the Chief Minister, cited case laws to substantiate the point that the court cannot pass an order against a person, without him being heard or being a party in the case.

In this case, the parties never sought an FIR to be registered against the Uttarakhand Chief Minister, contended Mr Venugopal, adding that the transfer of probe from one agency happens, when there is a violation of fundamental rights or material threat to witnesses or creation of undue pressure. Thus, a corrective role is to transfer the case.

The HC was entirely wrong in law, as no notice or hearing was conducted and behind the back of Mr Rawat, a probe was ordered. The HC was not competent to do this, he noted.

Senior advocate Kapil Sibal, appearing for Umesh Sharma, said the matter was very serious. There were Whatsapp messages from the Chief Minister and there were bank statements linking him to the case, he added.

The bench, also comprising Justices RS Reddy and MR Shah, said ‘The HC has exercised suo motu powers under Article 226, when there was no issue raised by you. This matter needs consideration and you need to reply.’

The Chief Minister has been accused of getting money transferred to his relatives’ account, for backing a candidate in Gau Seva Ayog, when he was BJP’s Jharkhand In-charge.

Over 40% of candidates enrolled for coronavirus vaccine trial, says Moderna