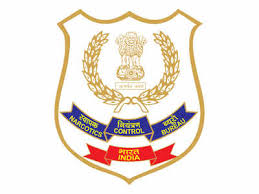 New Delhi, Sep 6 (UNI) The Narcotics Control Bureau has busted an international heroin trafficking syndicate with the arrest of seven persons including an African and Burmese national, and traced heroin allegedly trafficked during lockdown period valued to be worth approx Rs 48 crore in the global market, the agency said on Sunday. The NCB recovered 10 such parcels that had 1 kg of heroin each.

The probe agency said it has unearthed a unique trafficking modus-operandi with the cracking of this syndicate which was operated through courier mode, and the mastermind operated from outside India in the entire episode.

On September 1, a parcel was seized in the national capital at Aramex courier services which was found to have containing 970 grams of heroin, and its consignor address was South Africa based, while the stuff was concealed in garments and such items.

The controlled delivery mechanism empowered NCB to keep the parcel delivery alive, even after seizing the contraband and replacing the same with the dummy parcel.

The NCB had its first break though on September 2 , with the arrest of one Wahid , who further revealed he has been regularly getting these deliveries on behest of a person named Mohsin. After the arrest of Wahid, Mohsin and his associates went underground and shifted their base from Uttam Nagar to a Hotel in Delhi.

Later with the use of information Mohsin along with his three associates namely Shahjahan, Hanif and Munnasir were apprehended from a Hotel at Mahipalpur, Delhi.

and the same was seized and was found to have 980 gms of heroin.

The live operation using the controlled delivery mechanism was utilized to contact Frank.

She subsequently handed over the parcels to the person, whom Frank would authorize, she revealed further.

In the follow up investigation, the alleged receiver of the consignment was also arrested, who was identified as Emmanuel.

During digital forensic analysis and foot printing, it was learnt that the syndicate had already trafficked 10 such parcels containing approximately 1 kg heroin each during the lock-down period. The trails of the said deliveries are under investigation.

Further, two live parcels are also being identified and the same will be seized in near future.

The credentials of Burmese national and African national are being verified and the international value of seized/linked heroin is more than Rs 48 Crores, the NCB said.

Precaution doses to be from same vaccine as given previously: Govt

G20 not to withdraw stimulus as economic recovery is fragile