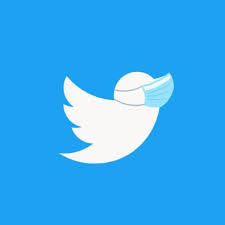 Tel Aviv, Jan 12 (Sputnik) Israeli Prime Minister Benjamin Netanyahu changed on Tuesday his cover photo in Twitter, replacing a picture with outgoing US President Donald Trump with the one in which he is being vaccinated against COVID-19.
A joint photo of the two leaders, with Netanyahu sitting next to Trump at a White House meeting, has long been on the prime minister’s official Twitter account @netanyahu. The photo was seen as a sign of friendship and close ties between Israel and the Trump-led US administration.
The removal came after the relations between the two leaders have deteriorated after Netanyahu officially congratulated US President-elect Joe Biden on the latter’s victory in the November presidential election.
The new picture on Netanyahu’s Twitter profile says “Citizens of Israel, we are returning to life.” No comment on the cover photo’s replacement was given on his account.
Meanwhile, Trump has been blocked on all major social platforms following the January 6 unrest in the US Capitol, when a group of his supporters stormed the building, clashing with police, damaging property, seizing the inauguration stage and occupying the rotunda. The violent rally, which killed five people, took place after Trump urged his supporters to protest what he claims is a stolen election.

Leaders of NSUI, Polytechnic students hold dharna for not promoting them...

Gym trainer gunned down in Meerut