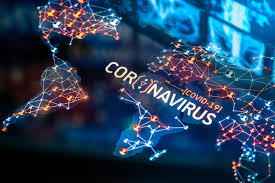 London, Sep 26 (Xinhua) Some 1,700 students at Manchester Metropolitan University have been told to stay in their rooms for 14 days after 127 tested positive for coronavirus, local media reported Saturday. The incident was “the latest catastrophe in a week where wholly predictable — and predicted — COVID-19 outbreaks have caused havoc on campuses across the UK”, said the University and College Union.

General secretary Jo Grady urged actions from the government and universities to protect staff and students.

“We warned last month of the problems with moving thousands of students across the country and the time has come for urgent action from ministers and universities to protect staff and students,” said Grady.

A university spokesman said disciplinary action will be taken against any breaches, BBC reported.

Most parts of Greater Manchester have been subject to stricter restrictions since July after a spike in coronavirus cases.

The rate has also doubled in the city of Manchester to 1,026 positive tests in the week up to Sept. 22, compared to 515 cases in the previous week.

At least 32 universities across Britain have confirmed cases, while one other has suspected cases, Sky News reported.

More than 510 cases have been identified among students and staff since universities reopened, according to data collected by Sky News up to Sept. 25.

The British government announced Friday that more cities will go into local lockdown as part of its efforts to curb the sharp rise in coronavirus cases.

Britain recorded another 6,874 coronavirus cases, the highest daily increase since the pandemic outbreak in Britain, according to official figures released Friday.

The total number of coronavirus cases in Britain hit 423,236, while the coronavirus-related deaths reached 41,936 with 34 new deaths, the latest official data showed.

Meanwhile, countries such as Britain, China, Russia and the United States, are racing against time to develop coronavirus vaccines.
The British government’s Chief Scientific Adviser Patrick Vallance has said it is possible that some vaccine could be available in small amounts later this year, but it is more likely that a vaccine will be available early next year, although that is not guaranteed.

India has to stay ‘very alert’ through festive season: Experts