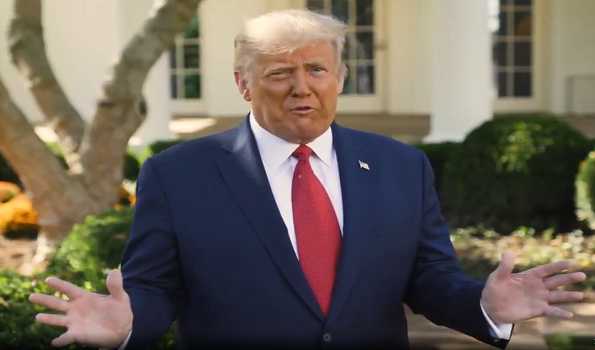 Washington, Oct 8 (UNI) US President Donald Trump has approved the emergency declaration in the state of Louisiana over the hurricane Delta, the White House said.
“Today, President Donald J. Trump declared that an emergency exists in the State of Louisiana and ordered Federal assistance to supplement State, tribal, and local response efforts due to the emergency conditions resulting from Hurricane Delta beginning on October 6, 2020, and continuing,” the White House said in a statement on late . The state of emergency gives the federal government an opportunity to provide assistance to Louisiana authorities in emergency relief efforts.
The National Hurricane Center said via Twitter on Wednesday that the storm was growing in size as it neared the US coast, “increasing the threat for life-threatening surge.” US today reported

BJP charges oppn with attempt to divide country under cover of...

Berrettini out of Wimbledon due to Covid