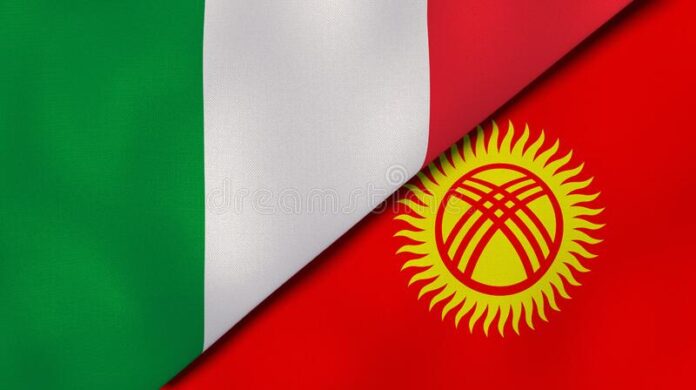 Rome, Oct 8 (Sputnik) – Italy called for an immediate end to violence and the resumption of political dialogue in Kyrgyzstan.
“Italy is closely following the development of the situation in Kyrgyzstan after the elections held last Sunday and expresses hope for an immediate end to the violence in the country and the resumption of constructive internal political dialogue following the annulment of the vote,” the Italian Foreign Ministry said in a statement obtained by Sputnik.
The document also expresses the wish that the events taking place now in Kyrgyzstan do not interrupt the process of approaching democratic standards, begun by the country.
On Monday, mass protests broke out in Kyrgyzstan against the results of the parliamentary elections, which took place on October 4. After the clashes between protesters and law enforcement officers, supporters of opposition parties that did not make it to parliament seized the parliament building, which also houses the presidential administration.
More than 900 people were injured in the clashes, one was killed. Kyrgyz Prime Minister Kubatbek Boronov has resigned. President Sooronbay Jeenbekov, according to his press secretary, is in Bishkek and “controls the situation.” He has repeatedly called on the opposition to engage in dialogue, but so far there have been no official negotiations.
The leaders of the opposition parties created a coordinating council for governing the country and nominated oppositionist Sadyr Japarov, who was released from prison, for prime minister. On October 6, the parliament at an emergency meeting approved his candidacy. Some oppositionists disagreed, created their own coordinating council and plan to elect their own premier. They also demanded the impeachment of the president and the dissolution of parliament.
President Jeenbekov said that he was conducting personal talks with various political forces to stabilize the situation in the republic. A lawmaker from the opposition Ata-Meken party, Kanybek Imanaliev, told Sputnik that Kyrgyz parliamentary lawmakers had launched an impeachment procedure against Jeenbekov.