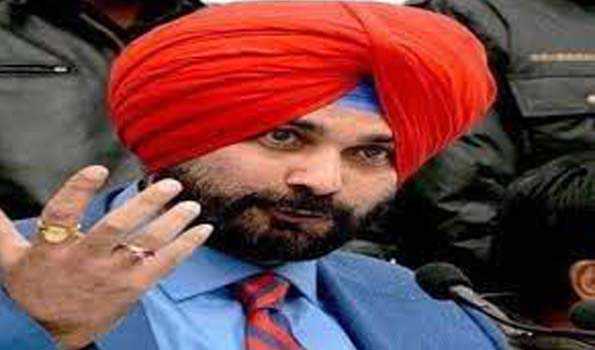 Chandigarh, Sep 29 : Navjot Singh Sidhu, who tendered his resignation as Punjab Congress chief, on Wednesday said his fight is one for people and he will fight the “battle of truth” till his last breath.

In a video message which he shared on Twitter, Sidhu said: “My 17 years of political journey has a purpose, to make a difference and to take a stand in politics”. “This is my duty. I am not fighting any personal battle. My battle is for people, and I stand by it,”he said.

“I cannot mislead the high command, nor can I let them be misled. I am fighting to improve the lives of people of Punjab and I can sacrifice anything,” he said.

He also recited a couplet, “Usulo pe aanch aaye to takrana zaruri hai… Agar zinda ho to zinda nazar aana zaruri hai (It is necessary to fight when it comes to principles, those who are alive must look alive)”.

Sidhu gave his resignation from the post of Punjab Congress Chief on Tuesday. His resignation has not yet been accepted by the Congress high command.

His resignation came days after Captain Amarinder Singh resigned as chief minister and was succeeded by Charanjit Singh Channi.

Channi is holding an emergency meeting of the Punjab cabinet over the issue. Minister Razia Sultana and some other party functionaries in the state have also submitted their resignation in support of Sidhu.

Airline Flight operations to from Jammu to Amritsar, other cities from...