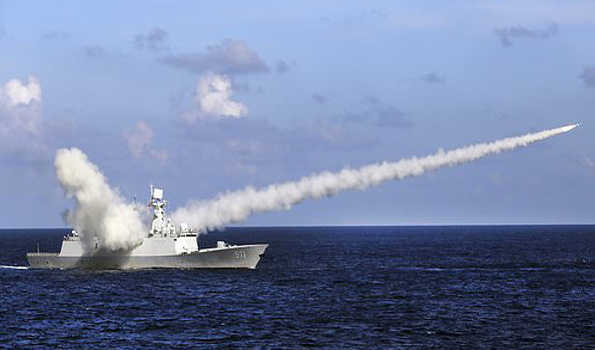 China fired two missiles, including one “aircraft-carrier killer”, into the South China Sea in a ‘’pointed warning’’ to the United States. The two missiles—one intermediate range ballistic missile and another medium range ballistic missile– targeted an area between the southern island province of Hainan and the Paracel Islands, the South China Morning Post (SCMP) said.

The missiles were fired in response to a US spy plane’s reported unauthorised entry into a Chinese-designated “no-fly zone” on Tuesday during a live-fire naval drill by the PLA. Chinese Foreign Ministry described the US plane overflight as a “provocative action”.

The intermediate ballistic missile has a range of 4,500 km and can reach Western Pacific and the Indian Ocean while the medium range missile is an anti-ship ballistic missile system also meant for attacking moving ships at sea.

US defended the overflight and said the activity in the Pacific region was “within the accepted international rules and regulations governing aircraft flights”.

Chinese Foreign and Defence Ministries criticised the US and said the ‘’trespass’’ severely affected China’s normal military exercises and training activities and violated the rules of behavior for air and maritime safety between China and the US, as well as relevant international practices,

The PLA is currently conducting military exercises in three different seas to test its ability to fight a three-pronged attack simultaneously.