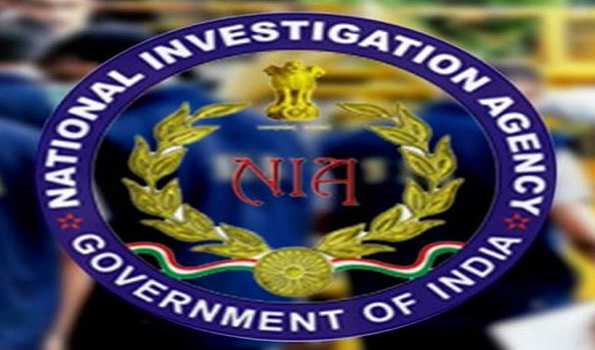 New Delhi, Dec 5 (UNI) The anti- terror probe agency NIA has filed a supplementary charge-sheet in Khalistan Liberation Front(KLF) Narco-terror case before the Mohali NIA Special Court in Punjab. The case has been filed under sections 120B IPC, sections 25, 27, 27A and 29 of Narcotic Drugs and Psychotropic Substances Act, 1985 against narco-terrorist Dharminder Singh alias Dhana.

Accused Dharminder Singh, a 32 year resident of Moga district in Punjab, used to receive heroin smuggled from Pakistan from accused Jajbir Singh Samra and further distribute and sell it to local traffickers. The proceeds so generated used to be deposited with Jajbir Singh for further strengthening the activities of KLF.

The case arose out of case of a seizure of seizure of 500 gms of heroin and drug money Rs 1,20,000 (Rupees One Lakh Twenty Thousand) on May 31 last year the accused Jajbir Singh Samra and two others and a case was registered at Tarsikka Police Station under Amritsar (Rural) under sections 21, 29 of NDPS Act.

NIA took over the case from Punjab Police on January 22 and re registered a case as RC-03/2020/NIA/DLI and initiated investigation.

The investigation also revealed that a network of persons consisting of narco-traffickers, militant elements and Hawala operatives, based in Punjab, Delhi and Dubai was operating at the behest of Harmeet Singh and Jasmeet Singh Hakimzada, the officials further said, adding that further investigation against the absconding accused is underway.

Rupee down 21 paise against USD