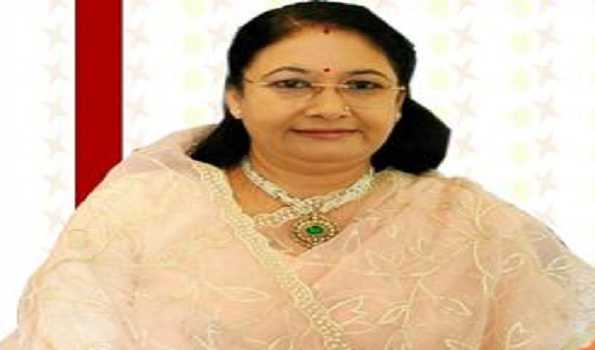 New Delhi, Nov 30 (UNI) Prime Minister Narendra Modi on Monday expressed pain and grief over the demise of Bharatiya Janata Party MLA from Rajasthan Kiran Maheshwari , and offered his condolences to her family. In his message, Mr Modi said that she made numerous efforts in the state as a parliamentarian as well as a legislator
towards its progress and also to empower the poor and marginalised.

PMO’s twitter handle this morning said, ‘ Pained by the untimely demise of Kiran Maheshwari Ji. Be it as MP, MLA or Cabinet Minister in the Rajasthan Government, she made numerous efforts to work towards the progress of the state and empower the poor as well as marginalised. Condolences to her family. Om Shanti: PM Modi’

Maheshwari had tested COVID positive and was receiving treatment for the disease at a hospital in Gurugram and passed away on late Sunday night. She was 59.

Rupee falls by 1 paisa against USD

Over 50 pc of Israeli citizens received both shots of Coronavirus...