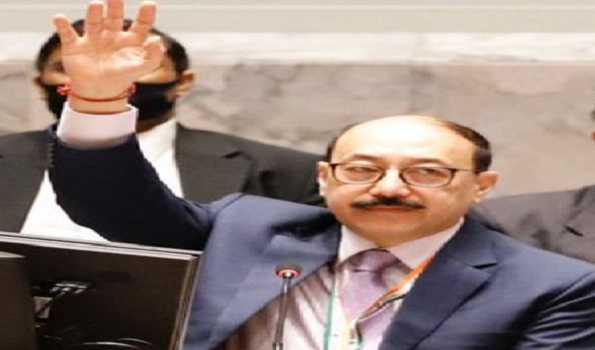 New Delhi, Sep 21 : In the backdrop of Taliban takeover of Afghanistan and the situation in the Indo-Pacific region, Prime Minister Narendra Modi will visit the US this week, where he will hold talks with President Joe Biden, address the UN General Assembly and attend a meeting of the QUAD.

The visit, which assumes significance as India and the US look at strengthening cooperation, especially in the strategic sector, will also see India calling for a rearrangement in the multilateral institutions, including the UN Security Council of which India is a non-permanent member.

Modi will visit the US from September 22 to 25, where he will hold a bilateral meeting with President Biden, attend a meeting of the QUAD and also address at the UNGA.

During the visit that comes after the Taliban takeover of Afghanistan, the situation in that country and its impact on the region are on the agenda, Foreign Secretary Harsh Shringla said.

Shringla said the PM will leave India on Wednesday and return on September 26. This will be the PM’s first visit abroad beyond the neighborhood since the onset of Covid-19 pandemic. Modi visited Bangladesh in March this year.

He will hold a meeting with the US President at the White House on September 24, and the two sides will discuss the current regional security situation following recent developments in Afghanistan, the Foreign Secretary said.

“The two leaders are expected to discuss how to bolster bilateral trade and investment ties, strengthen defence and security collaboration, and boost the strategic clean energy partnership,” Shringla said.

“Bilateral meeting will also feature current regional security situation following recent developments in Afghanistan and our stakes as a neighbour and preferred development partner of people of Afghanistan. In this context, we would discuss the need to stem radicalism, extremism, cross-border terrorism and the dismantling of global terrorist networks,” he said.

Discussions will also be held on reform of the multilateral systems including the UNSC.

The meeting of QUAD will be held at the White House on September 24, and will be attended by Australian PM Scott Morrison, Japan PM Yoshihide Suga along with Modi and Biden. QUAD is Quadrilateral Security Dialogue among India, the US, Japan and Australia.

“We see QUAD as a partnership among four like-minded countries in pursuit of common interests in striving for a free, open and inclusive Indo-Pacific region,” he said.

“QUAD has acquired momentum in the recent past,” Shringla said, adding that all member countries are dedicated to democracy, pluralism and free market-based economies.

He also highlighted how India chaired the UNSC in August during a difficult phase as the Taliban took control of Afghanistan and stressed on “restructuring” of multilateral institutions. India has been seeking permanent membership of an expanded UNSC, which presently has five permanent members – US, UK, France, China and Russia.

He also said QUAD has nothing to do with AUKUS – a grouping of Australia, the US and the UK.

“QUAD and AUKUS are not groupings of a similar nature. QUAD is designed to cater to the requirements of the Indo-Pacific, while AUKUS is a security alliance among three countries,” he said.

Covid-19 pandemic will also be an important focus during the visit. Modi will also participate in the Covid-19 global summit hosted by President Biden.